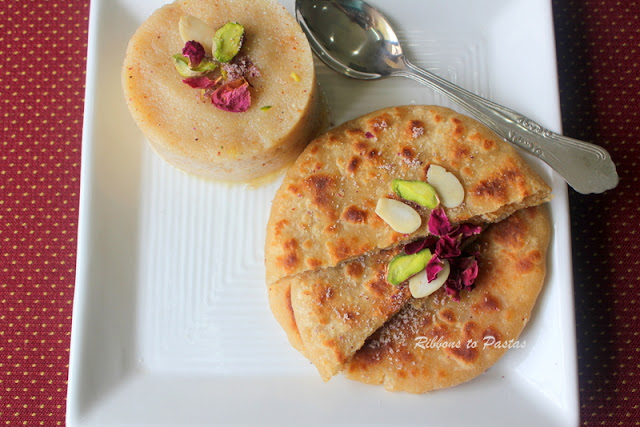 I had read about Halwa Paratha being sold near Jama Masjid during Ramzaan and was very keen to see this as I had heard that this paratha is about 3 foot diameter. Now that sure is a massive size. Fortunately I was on a trip to Delhi during Ramzaan, Late night I persuaded my brother to take us on a tour of old Delhi, where one can spot these foods, but unfortunately we could not spot anything that night. People told us that it was during the last few days of Ramzaan that this mela was held, where they had a variety of food stuff.I have heard about this paratha being sold outside Masjids in Kashmir too.The paratha is made with semolina halwa, which is a delicious sweet by itself.

Well unlike the street paratha size I made a mini version.The original halwa has orange food color, which I omitted . Instead I added Kesari Gulab Doodh masala , which gave it a wonderful flavor.

The halwa paratha is my post for BM 32 , under the theme street Food with the alphabet "H". 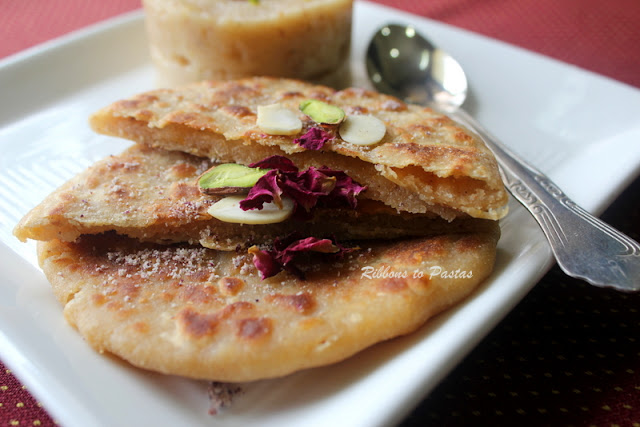 Making the paratha
Roll out a big disc.
Apply ghee.
Make a ball from the halwa and place it in the center of the disc.
Seal the disc by bringing all the sides to the center,
Dust with flour.
Press the ball lightly and roll again, till the disc is about 1/4 " thick.
Roast on a gridle applying ghee and making it crisp. 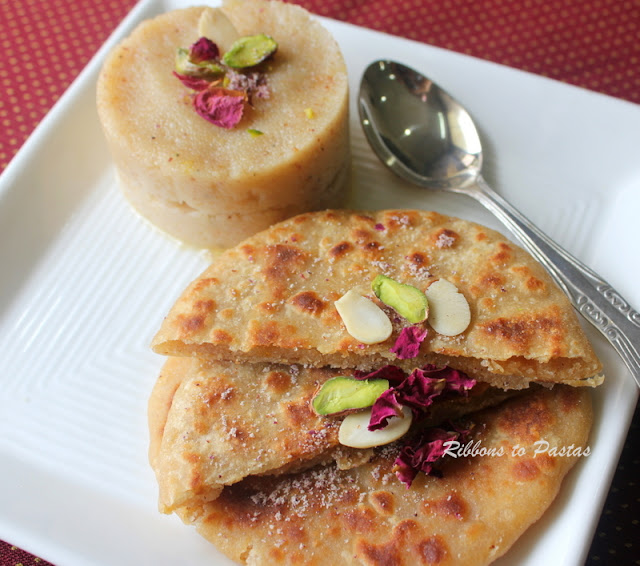 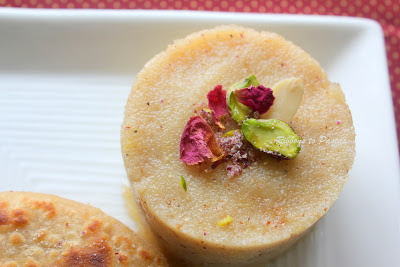 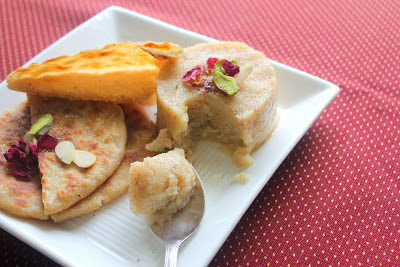 The Paratha was a treat by itself, since I made mini ones, they finished very fast and were relished by all.The halwa was rich , and the badaam masala gave it a wonderful flavor and aroma. 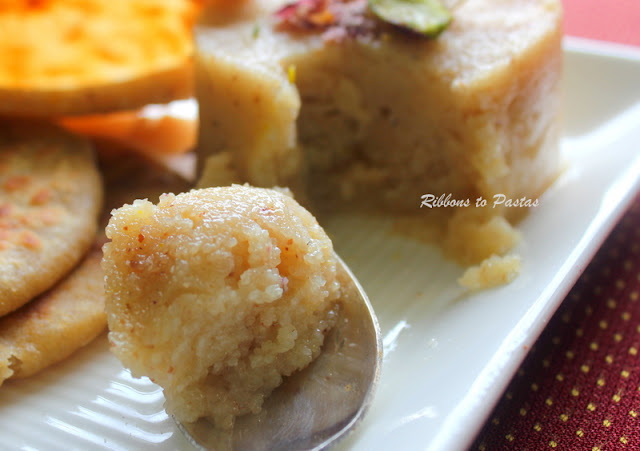