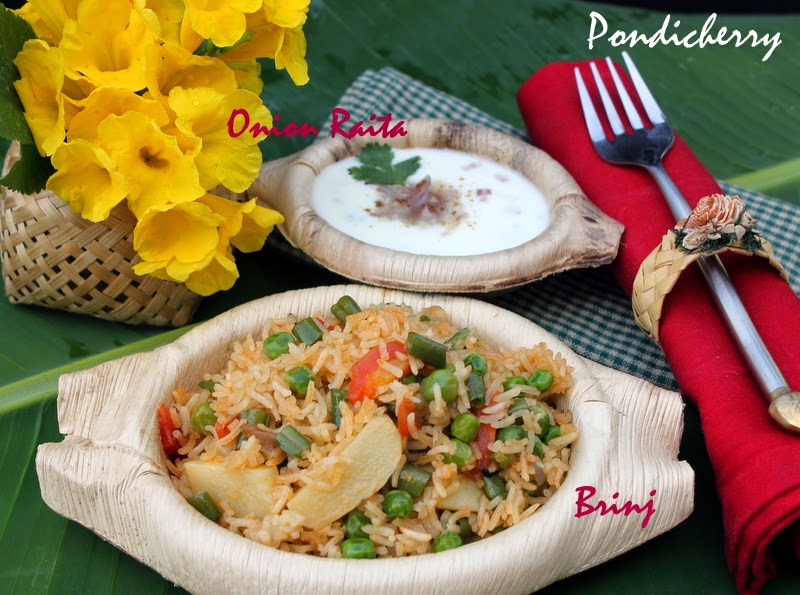 The French and the Indo style have given birth to an innovative taste that is simply marvelous. The influence of the neighboring areas like Tamilnadu, Andhra Pradesh and Kerala is also visible. The concoction of the various kinds of cuisines is something to be savored and relished.

Meat or fish is sauteed with dry spices and ghee is often used in the cooking. Tomatoes are sparingly used and coconut milk is the base for most dishes. Beef, Mutton and sea food are specially cooked during festivals. Eggplant, drumsticks and mangoes (when in season) are used for vegetarian dishes or mixed with meat and cooked together.

Pondicherry is the only state where I got stuck, inspite of having links sent by Priya Suresh, somehow I was not able to decide. Finally after a chat with Valli I made Brinj. This was a non veg recipe, where they use lamb, but I substituted it with vegetables.Brinj is a simplified version of Pulao. This rice has Mughal influence and is normally cooked in Christian and Muslim homes.I served it with Onion raita. The recipe source is from the book “The Pondicherry Kitchen” by Lourdes Tirouvanziam-Louis. 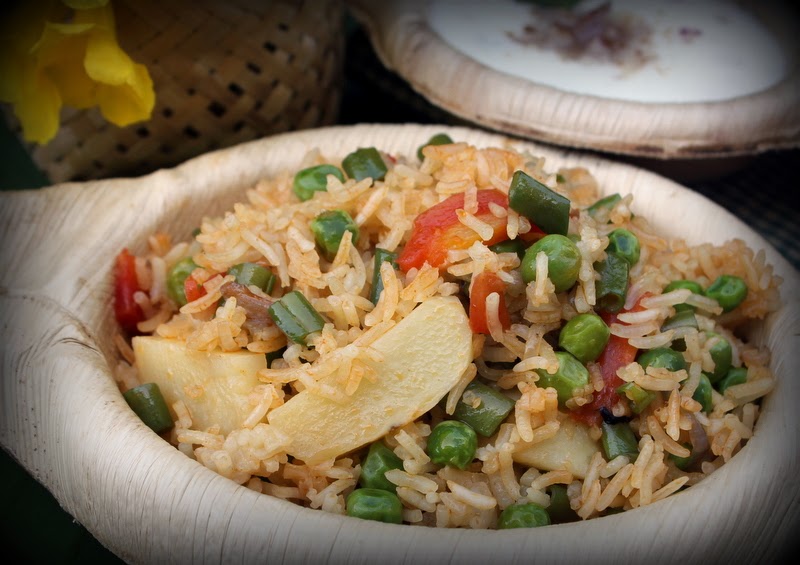 Wash and soak the rice for 30 minutes.
Heat 1 tb sp ghee, add the whole spices, ginger garlic and onions, saute till pink.
Add 2 cup water and boil till reduced to half.,
Strain and keep the water aside.
Heat the other tbsp ghee and add the vegetables, saute.
Add rice and saute till dry.
Add salt , red chilly powder and water and let the rice cook.
Alternately you could transfer this to a rice cooker. 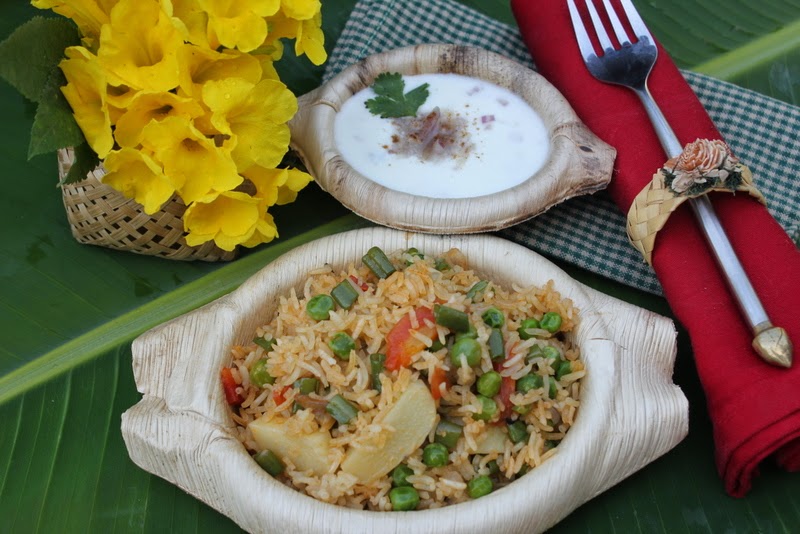 Onion Raita
This is simply beaten curd with finely chopped onion .Do add some salt and red chilly and roasted cumin powder.I did not temper it, but you could temper it with mustard and curry leaves. 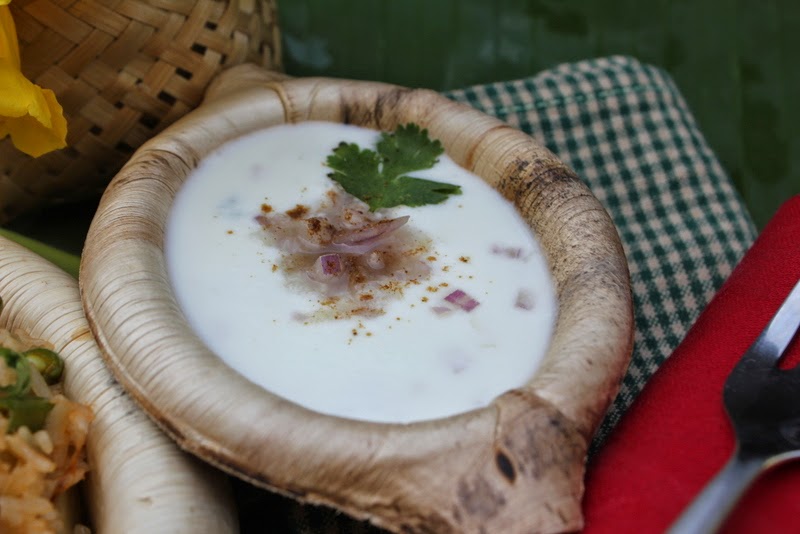 I must tell you that while the water was boiling a beautiful aroma filled the house and everyone ran to see what was cooking.How ever the final preparation did not satisfy me to that extent, The rice tasted really good, but I was looking for something beyond that.I will be making the same rice all over again, but will substitute vegetables with wadis, 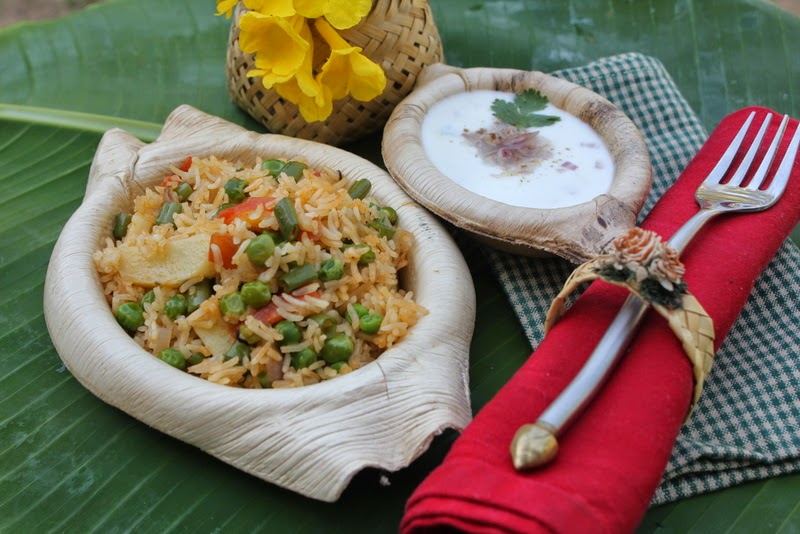