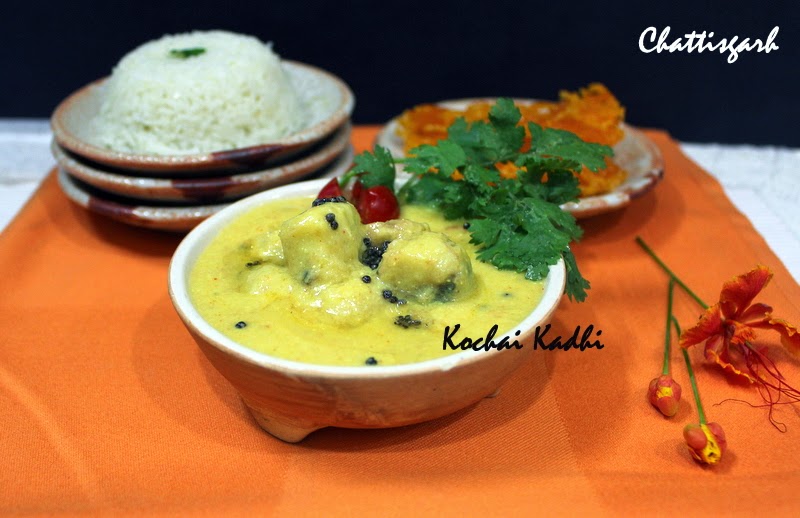 Day 5 and it is Chattisgarh cuisine.

Chattisgarh is a state which has recently been carved out of Madhya Pradesh and most of its cuisine has the reflection of this state.The food of Chhattisgarh is categorized under two different heads - tribal recipes and non-tribal menus.

The tribal menu is something that I read for the first time, and was quite shocked that Red ant chutney is their speciality. They eat things which we can't ever dream of..never heard of.Tribal food is something I could not even think of cooking, as it is Pure non vegetarian.

Let's see what they have to offer to the vegetarians. Rice is the staple diet, quite logical in the area proudly called the rice bowl of India by locals.People of Chhattisgarh like to have something sweet at the end of their meal, jalebi has become an integral part of the food menu of the state. Lentils such as chana dals with which a special recipe called bafauri is made in the state are also used as a staple diet by the local people. I really was keen on making this Bafuri but somehow could not find the recipe.

This is the only state where I cooked twice, the first dish according to a friend was not authentic, though she said it can pass...but knowingly I did not want to post a non authentic dish. 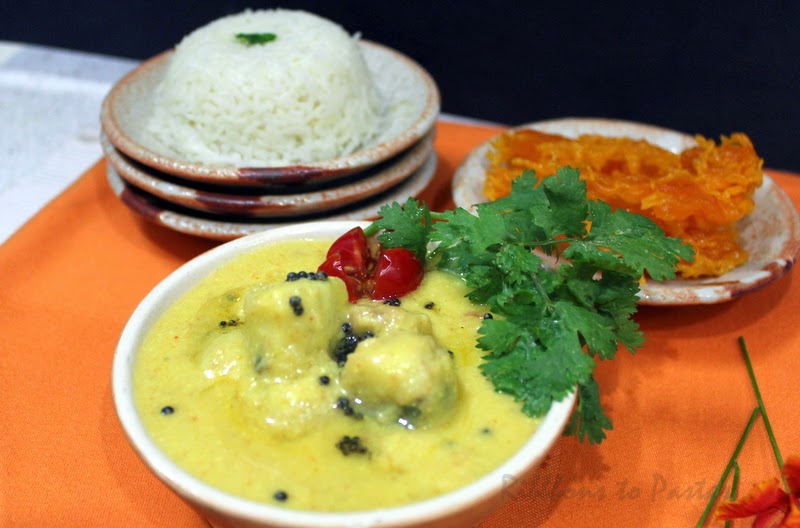 We are quite fond of cola cassia, and a curry with it sounded quite interesting, so I tried this recipe from here.

Wash the colocassia well making sure to get rid of the dirt.
Peel and chop it into 2"pieces.
Deep fry to a golden. Drain and keep aside.
or after wash boil the remove
Take 3-4 tablespoon oil and heat in pan.
Add mustard seeds , curry leaves , fried arbi and cover the pan.
Add Salt ,turmeric powder & coriander powder,chopped tomatoes and let it cook for some more time i
On slow heat .
Take 500 gm curd and mix 1-2 tablespoon gram flour and mix some water to make this curd little thinner.
Add the curd in cooked arbi and let the vegetable cook some more time until curd gets boil.
After 5-7 min turn off the gas and serve with rice. 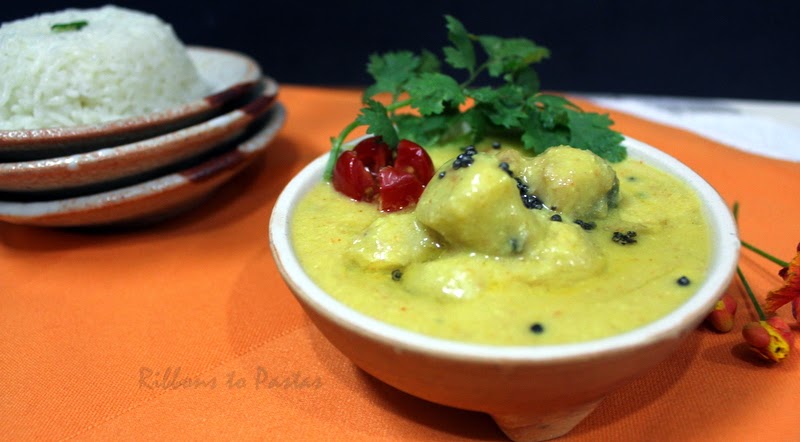 The taste of the kadhi was similar to Punjabi Curry that we make, with a variation in tempering.
The original recipe does not deep fry the Colacaasia, but to avoid the stickiness of Colacassia I have fried it.
I served this with plain white rice and Jalebi, which is actually store bought. 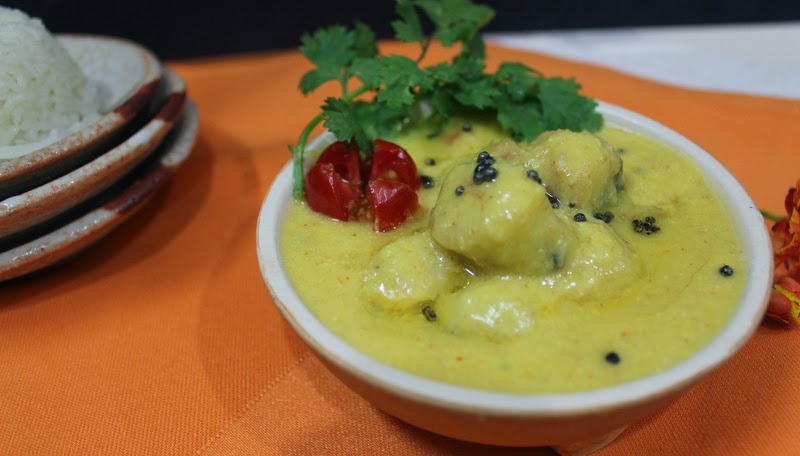