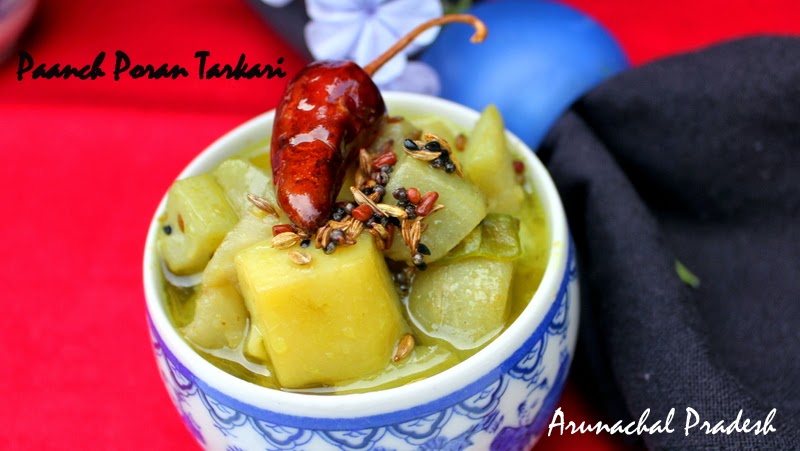 Day 2 and we cook from Arunachal Pradesh.

Arunachal Pradesh means the “land of the rising sun” as it is located in such a geographic position that the sun hits it before spreading its rays to the other states or regions of India. it is the largest among the North-east Indian states commonly known as the Seven Sister States.

Cuisines of Arunachal Pradesh varys as per the region, as there is a lot of tribal influence in the food of Arunachal Pradesh.The incredible feature of tribal gastronomy is that they avoid using any kind of oil or other dry or packed Indian spices. The tribal cuisines are nutritious and healthy as they regularly use herbs with medicinal properties and indigenous fresh spices which are not found in rest of Indian except in some part of the hilly areas .

Rice is the staple food of all the tribe’s of Arunachal Pradesh. Steam Rice is the most popular version of cooking rice.The most extraordinary tribal cuisine is a soup called PASA, it is fish soup prepared from fresh raw fish.

It was rather difficult to find a vegetarian dish from this state but I finally decided to cook Paanch Poran Tarkari from here. I omitted the brinjals as I am allergic to them. 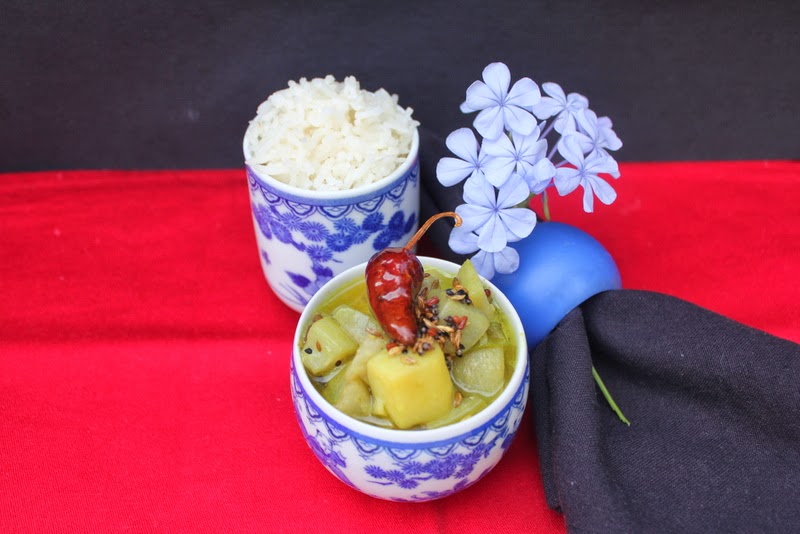 Heat the oil and add all the spices.
Stir-fry the spices,
Add the cut vegetables and saute.
Add the green chillies, sugar, salt, turmeric and mix well.
Pour enough water and add milk to cook the vegetables.
Simmer till vegetables are tender and the water is absorbed.
Serve hot with luchies (pooris) or rice. 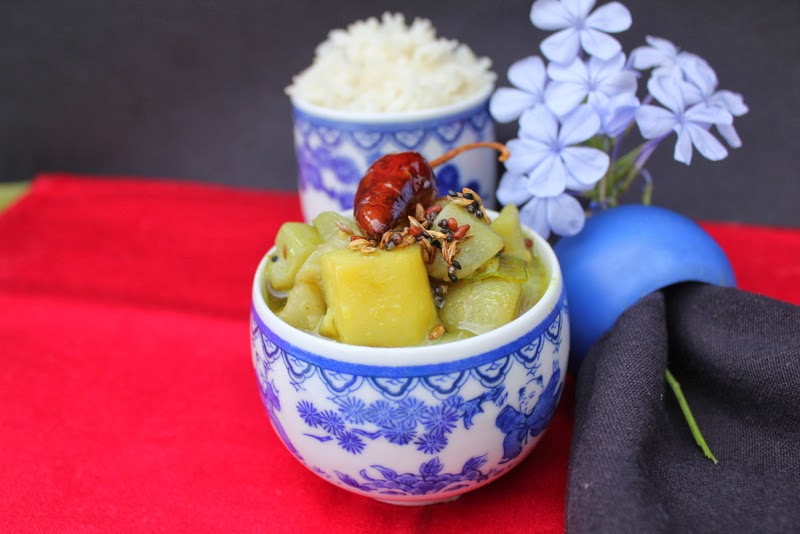 Interestingly I cook this dish quite often, with a little difference..here i have added cold milk and sugar, which changed the taste to a certain extent, but the dish was enjoyed by most of us in the family.

Notes
The same dish with a little extra oil, dry spices would taste amazing.This was a little bland . 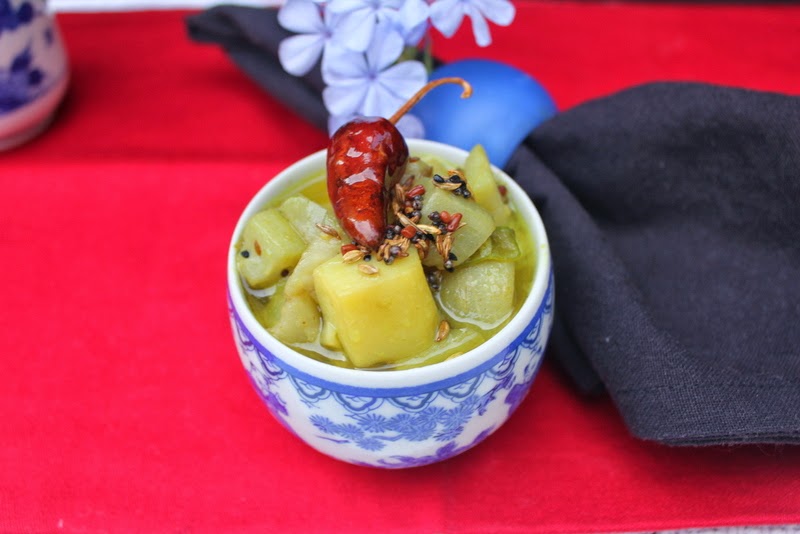