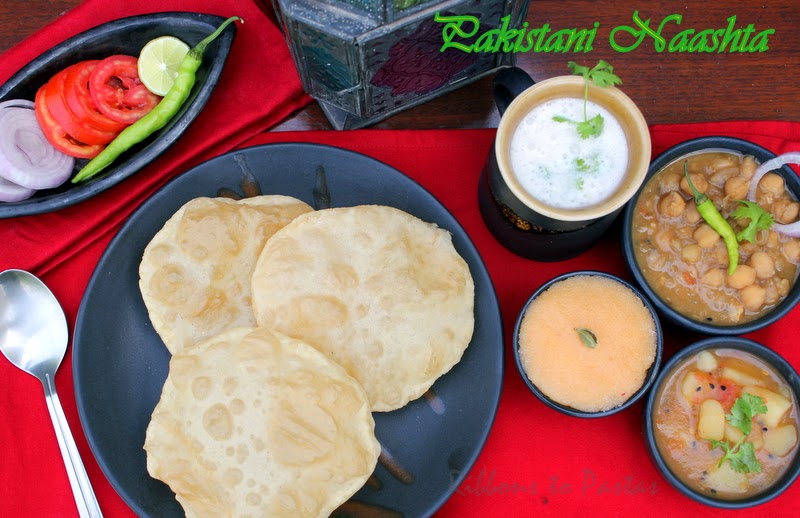 Pakistan
Country
Pakistan officially the Islamic Republic of Pakistan, is a sovereign country in South Asia 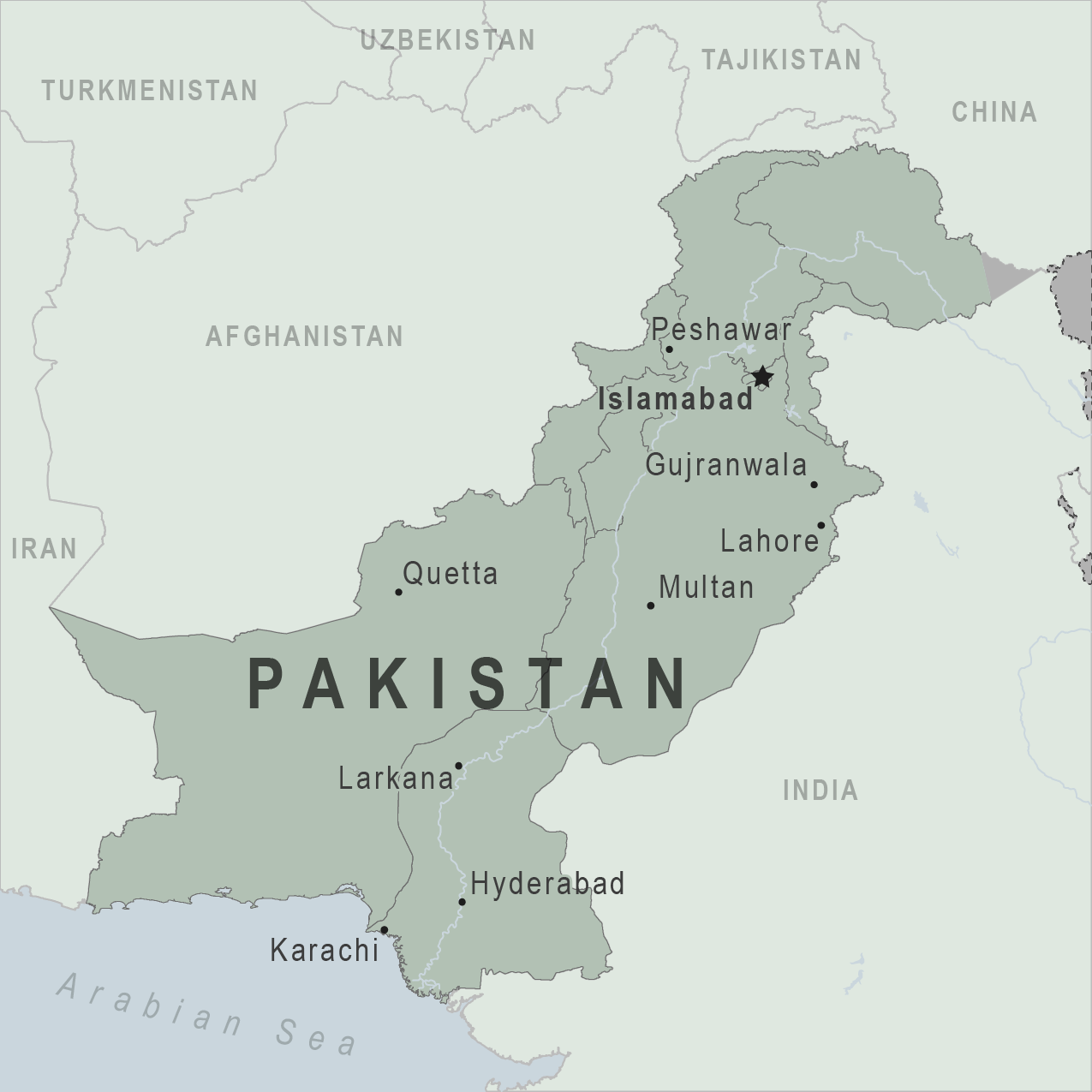 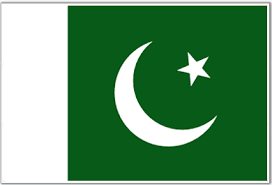 When it came to choosing the recipe for the alphabet P I knew it was Pakistan that I would like to cook from. Within Pakistan itself cuisine varies greatly from region to region, reflecting the country's ethnic and cultural diversity. Food from the eastern provinces of Punjab and Sindh and Mughlai cuisine are similar to the cuisines of Northern India.Food in other parts of Pakistan is more like the cuisines of neighboring Afghanistan, Iran and Central Asia.

Pakistan is a country, where my parents were born.I remember my granny telling us about their life there.She always told that my grandfather was a big zamindar in Laarkana district. He was a real big rich man who owned major parts of land there.

My mom tells us about her school days when they would buy Daal Moong from the street hawker outside her school for a bare one anna .

My mother in law would tell that her father was the owner of many cinemas there and their family was a very royal family. They would travel in big cars.

Well listening to these and many such tales from different members of the family, my love for this country has always been tremendous.I have always wished to explore Pakistan.Well actually I could, since I still have one of my aunts living there. It is only after the Indo Pak partition that my parents and family came to India.

Islam is the main religion followed there , hence a lot of Mughlai non veg food is very popular.The kebabs , keemas and quormas are a total treat for the non vegetarians.

Pakistani's generally eat three meals a day: breakfast, lunch, and dinner. During the evening, many families have tea which is served along with baked/fried snacks .

A typical Pakistani lunch consists of meat curry or rotis along with rice. Daal chawal are also among the most commonly taken meal.

Dinner is considered the main meal of the day as the whole family gathers for the occasion. Food which requires more preparation and which is more savoury (such as nihaari, pulao, kofte,kebabs, qeema, korma) are prepared. Lentils are also a dinner time staple. These are served with roti or naan along with yogurt, pickle and salad. The dinner may sometimes be followed by fresh fruit, or on festive occasions, traditional desserts like kheer, gulab jamun, shahi tukray, gajrella, kulfi or ras malai.

Today I am going to cook Pakistani Breakfast. This is a typical Punjabi breakfast served in most houses on Sundays. This is also very popular in restaurants on Sunday mornings. Breakfast is called Naashta.

The menu for Pakistani Naashta


Chole
( a chickpea curry made nice and tangy with tamarind pulp, and minimum oil being the specialty)

Halwa
( a semolina pudding with kewra and cardamom flavoring)

Poori
( a all purpose flour and whole wheat four puffed bread, made in a unique style) 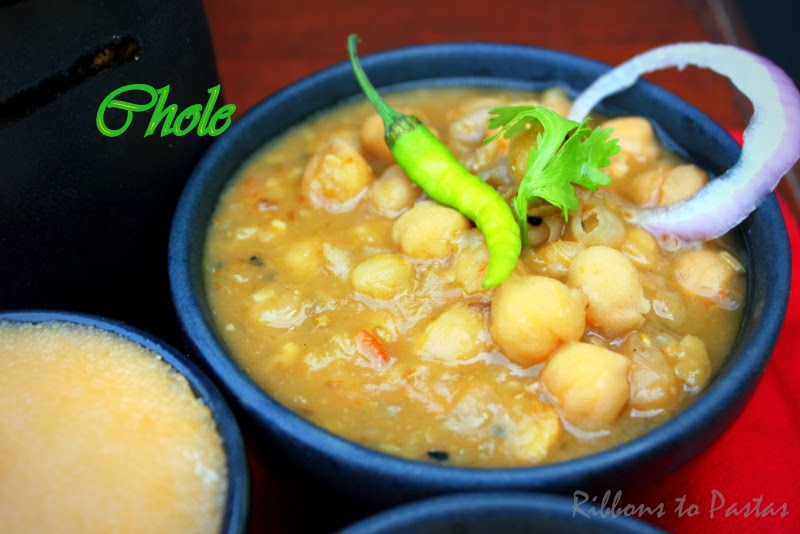 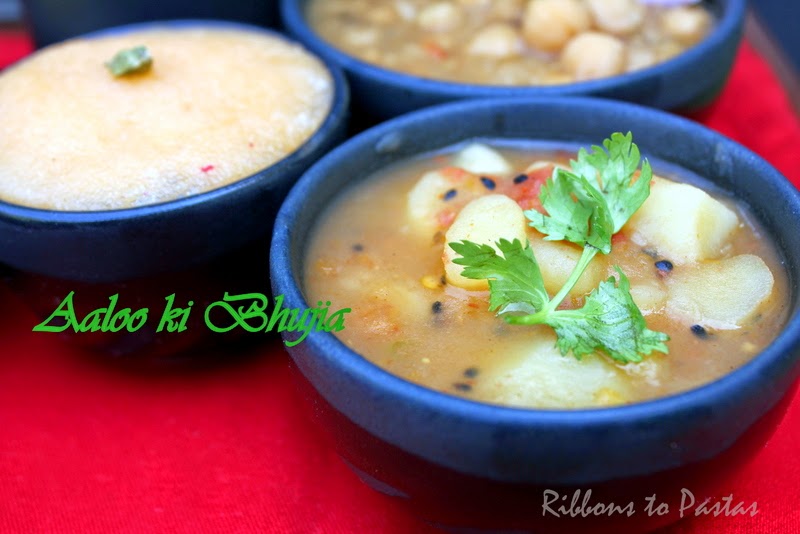 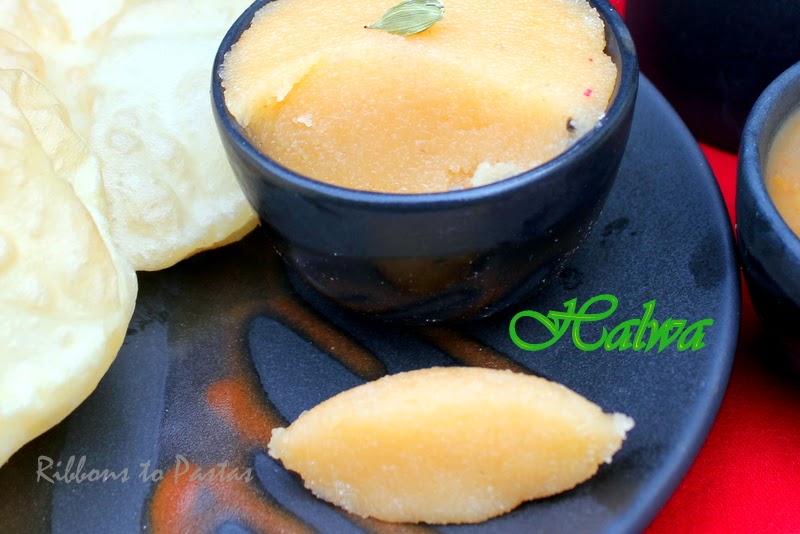 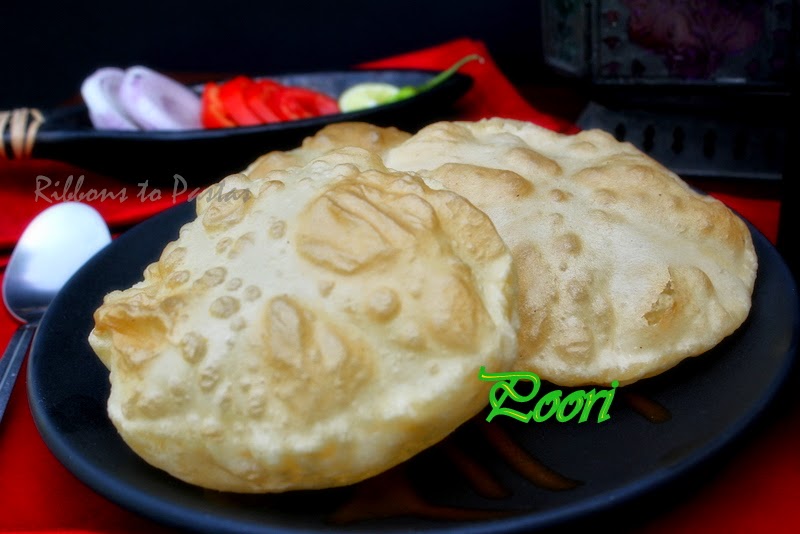 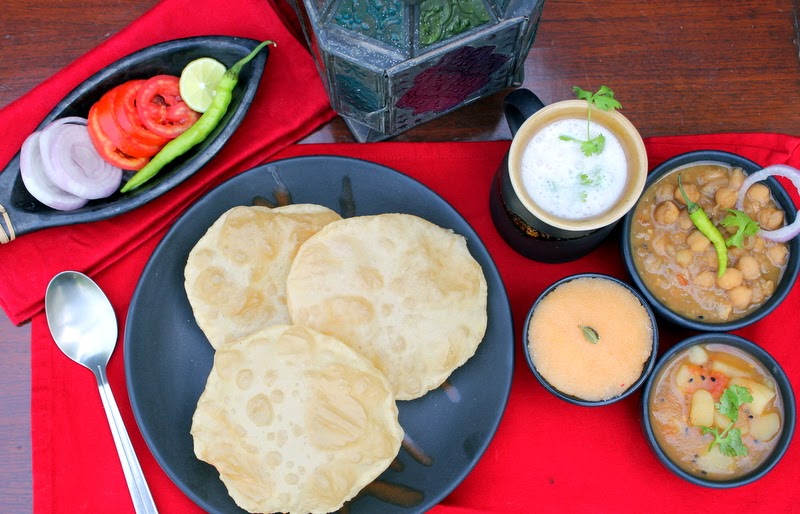 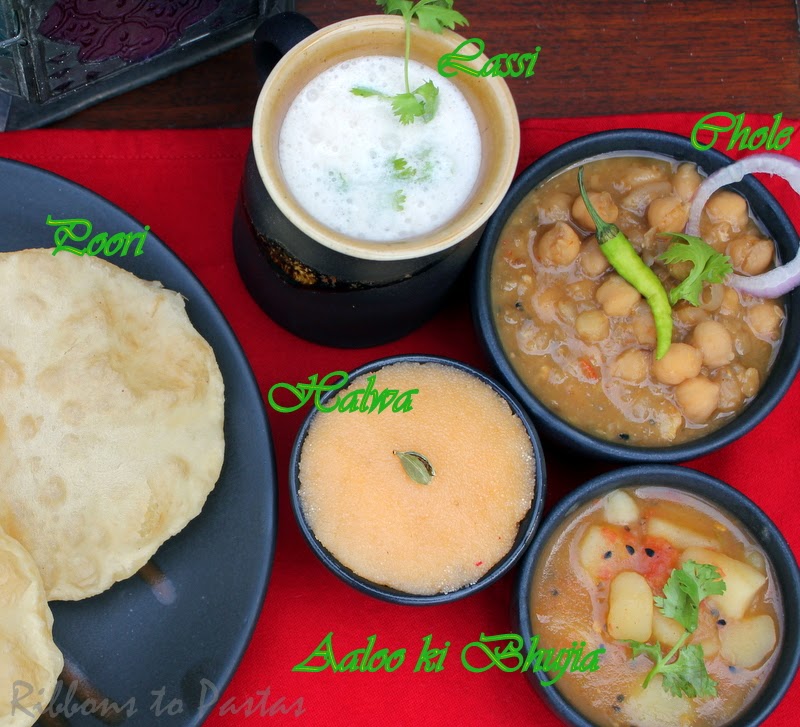 This was one of the best breakfast I have ever had . My family who just does not want to eat cholas, relished them like anything. Both the dishes did not have any oil, and they looked quite dull..but trust me they tasted awesome.  The halwa did not have that extra floating ghee , the kewra essence made it heavenly..I could not stop myself from digging in. The pooris were super soft..Friends please do not go on looks..they can be deceptive!.The pics are not doing justice ......this is one amazing breakfast!!
The combination to this naashta is Khageene, which is a kind of scrambled egg. I f you guys want to watch how to cook this naashta you could watch it  here. It is a wonderful video for this menu. 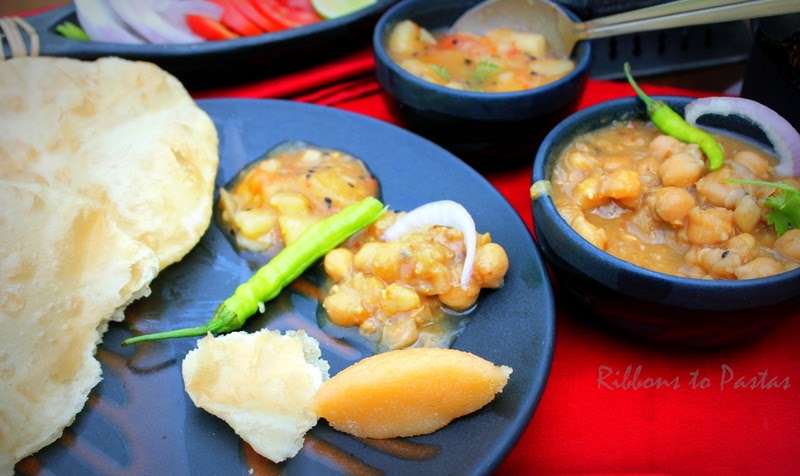