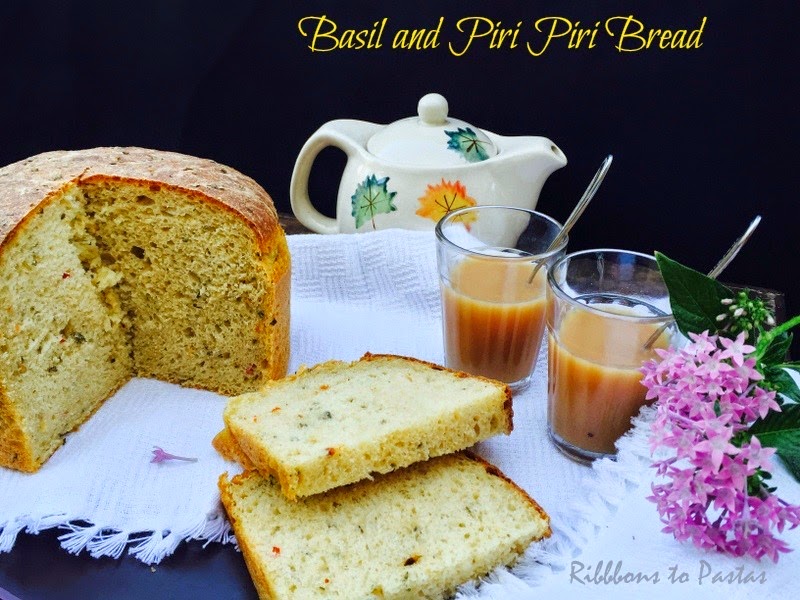 Last day of this week and I have a bread from Pavani's blog. Pavani has some fantastic bakes on her space and it was rather hard for me to choose from her list of breads. This bread looked so simple and I felt since I am no expert , I should pick things which would be doable for me.

The attraction to the bread was wheat flour and herbs. The bread had potato flour, which I didn't have so on Pavani's suggestion I added some boiled potato. I love basil flavor so I added dried basil, piri piri powder and some chopped piri piri. Check for the original version here. I had one bread in the oven which was in the loaf pan, since I did not have another loaf pan I used my round cake mould to bake the bread.i could have used another square pan , but well at that point of time it did not click.

The bread turned out very spongy, very delicious and it had a beautiful texture. I was so pleased with myself and wondered how the nervous me had managed to bake such a perfect bread. There were two breads at one go , the Honey Oats Bread and the Herbed Bread, it was difficult to judge which one was better. I was one happy person with two breads baked in one day and both turning out awesome. Enough of boasting , let us get to today's recipe... 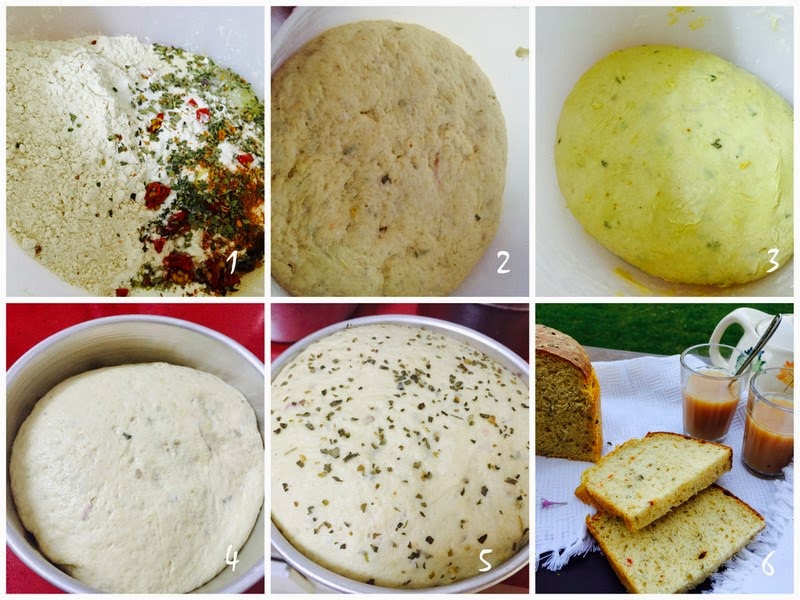 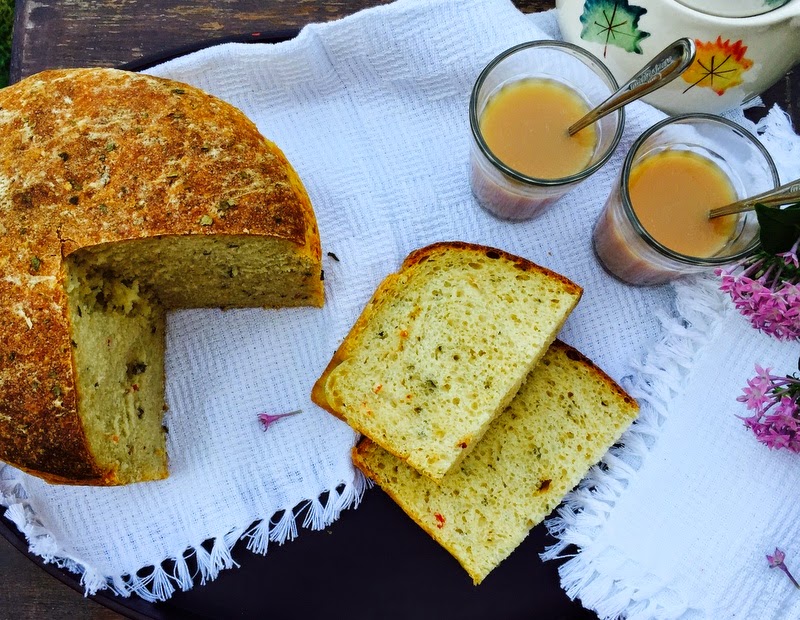 Combine all the ingredients in a mixing bowl or the bowl of a stand mixer; mix and knead until smooth dough forms, adding additional water or flour as needed.
Cover the dough and let rise for 1 hour.
Shape the dough into a log or a round ball, like I did and place it in a lightly greased pan .
Cover and let rise until the dough has crowned about 1" over the rim of the pan, 30 minutes to 1 hour.
Towards the end of the rising time, preheat the oven to 180°C
Bake the bread for 35 - 40 minutes or until an instant read thermometer inserted into the center of the bread registers at least 88°C or 190°F .
Though I adopted the knock method and my bread took about 50 minutes to bake.
Remove the bread from the oven, turn it our onto a wire rack and cool completely before slicing. 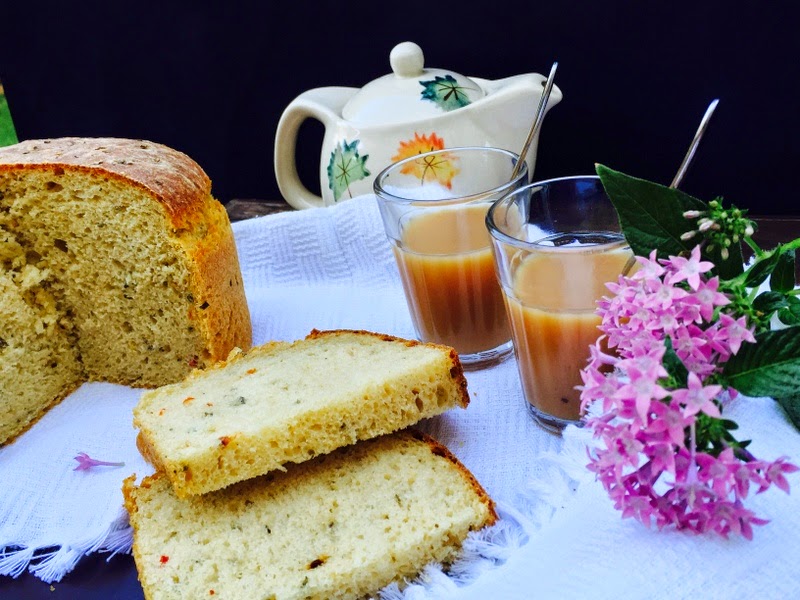 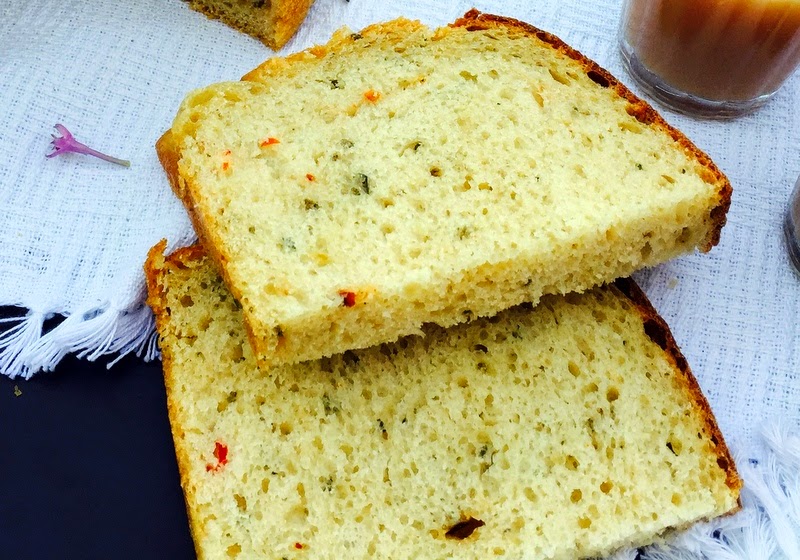