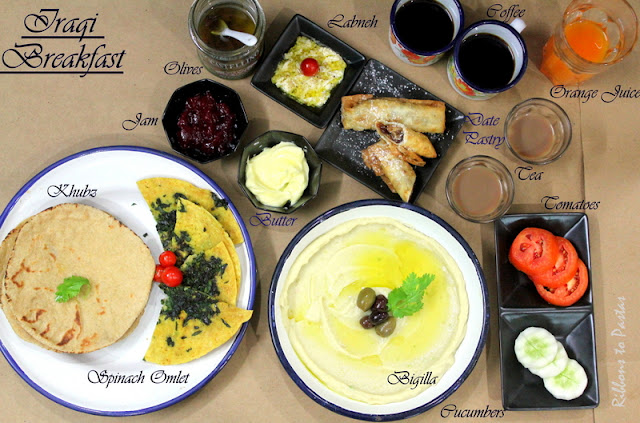 Breakfast is a luxury for the people of Iraq. Economic sanctions imposed by the UN devastated the country's day to day supply. The country's children suffer from malnutrition and disease, which is so sad.

Today we concentrate on Iraq , as it was before foreign military intervention, as it still is when the ingredients are available and as we hope it will survive in the future.


Breakfast in Iraq is typically a light meal. Egg dishes are common. Like many countries, primary breakfast is bread . They normally eat a flat bread called Khubz and an oval bread called Samoon.

At breakfast the bread is enjoyed with Bigilla,butter, jam, Labneh and Date Mollasses. Bigilla is bean paste made from broad beans which is like Hummus and very very delicious.Dates are a important part of their breakfast and they eat pastries with stuffed dates.

They normally brew their coffee very thick and bitter and they take it black. While making this coffee I was reminded of my cousin who then stayed in Dubai. He had taken us to a coffee shop and ordered typical middle eastern coffee. I remember his teeth were all black after the coffee, and we couldn't help laughing. Later he told it was because the coffee was thick ! The Iraqis also serve tea and orange juice for breakfast.


So let's get to the Iraqi Breakfast that I prepared for my family.

Bigilla
( a broad bean paste , similar to the popular hummus ) 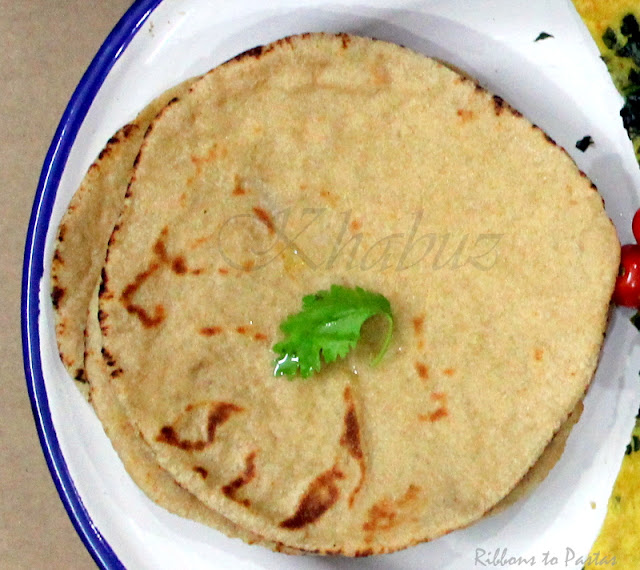 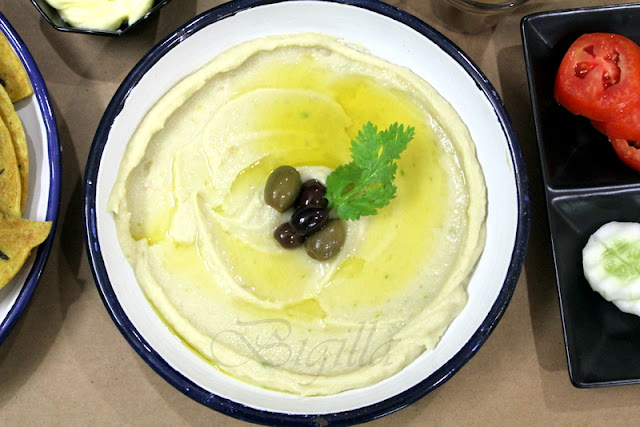 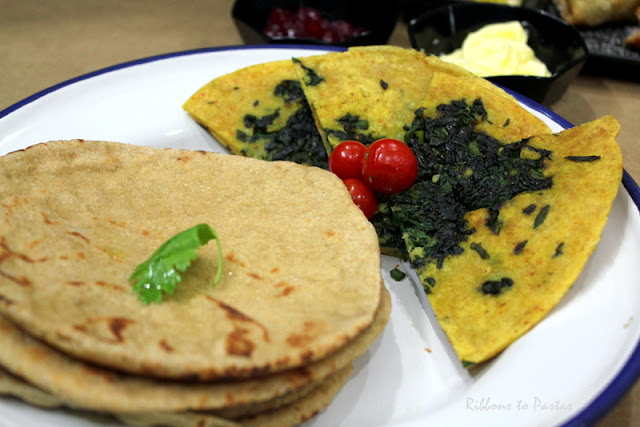 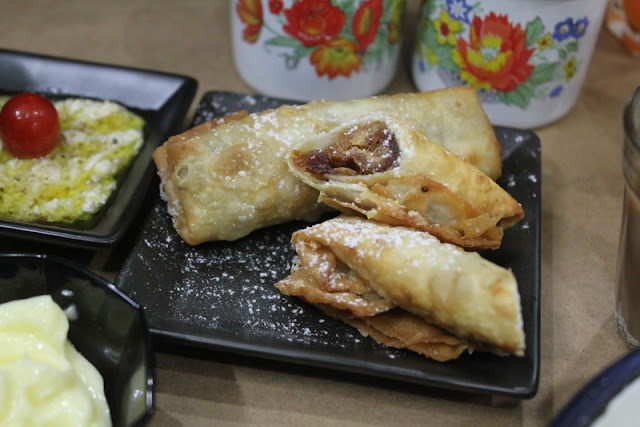 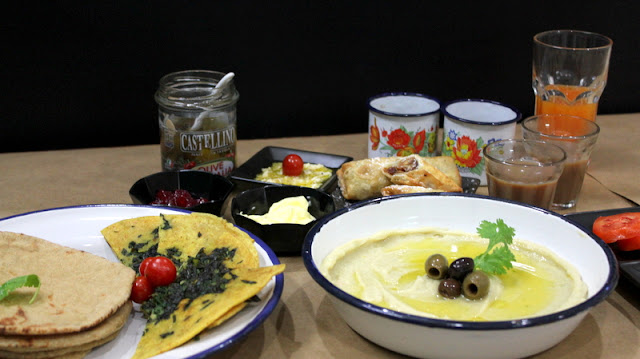 This is authentic breakfast from Iraq, but I served it for dinner. I was not sure how my family would react to this , though I know that pita and hummus are a favorite and the Khubz and Bigilla were another version of the Middle East combo.

I was more than happy when everyone licked off the Bigilla bowl , and everyone raved about the Khubz. The tomatoes and cucumbers were perfect accompaniments , though I had to make some instant spinach falafels , so they could fill the Khubz pockets. Spinach Falafels? Aw !..I would have been killed if I would have clicked pics at that time, everyone was on the dining table. But I promise I shall make some day specially for you guys.

I made just one Spinach Omelet and it disappeared in seconds, a simple vegetarian healthy omelet with chick pea flour.

The Date Pastry could have been baked, but I got lazy and deep fried , though everyone liked it ,the Bigilla and Khubz overpowered . I knew it was wrong time to serve. This should have been served as a dessert and with ice cream. May be next time !