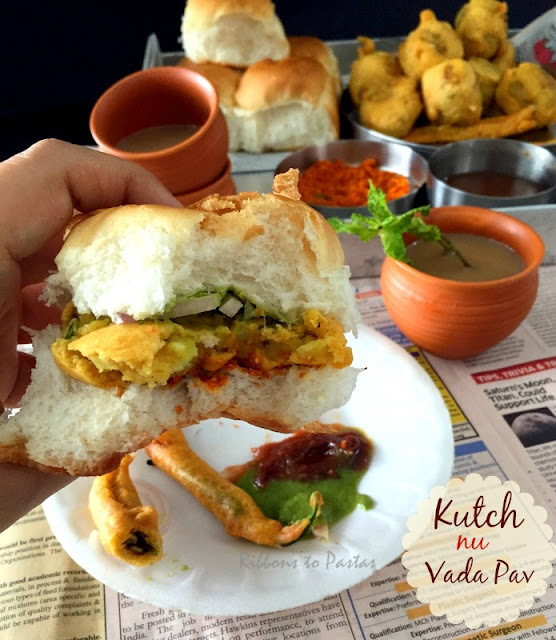 Yet another Vada Pav ? Yes ! This is version that is sold on the streets of Gandhidham , Kutch. Kutch is famous for its Dabeli but trust me the way the serve the Vada Pav is totally different. Last year I went to visit my father's sister and her grandchildren took me for a food tour in Gandhidham. I have a special post on Kutch and its street food and that is the time I had promised to post this Kutchi Vada Pav.

The Pav is from the regular bakery and the Vada is more or less like the Amdavadi Vada, but then what makes it different? Here only the upper part of the Pav is roasted in either oil or butter, the garlic chutney is spread on one side and the green on the other side. After sandwiching the Pav with Vada they add chopped onions. This completely changes the taste of the Vada Pav. The accompaniments to this Vada Pav are Chilly pakoras, sweet Imli chutney and green chutney. So while enjoying the Vada Pav one can take bites from the chilly pakoras and if one finds them hot, the sweet chutney mellows it down. What do you say to this version ? I love chilly pakoras and for me it was a complete treat to enjoy this version. I am sure all street food fans will love it too. 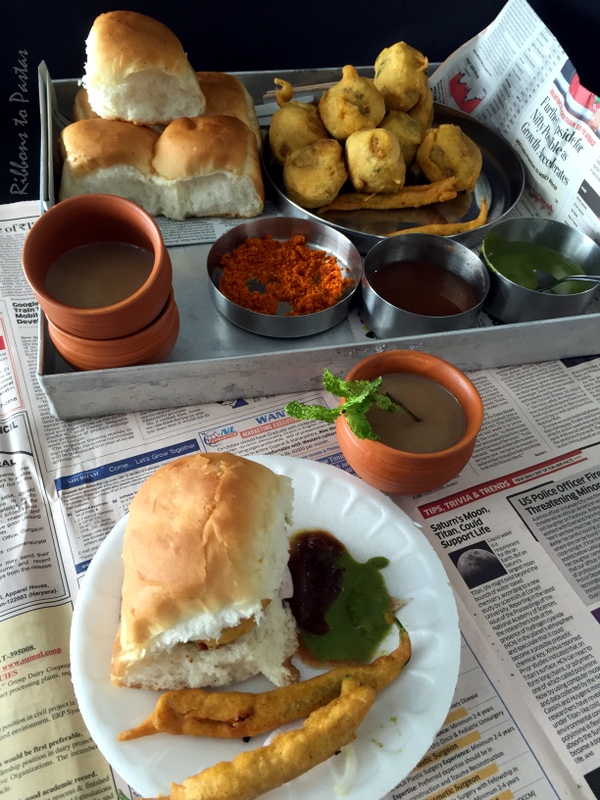 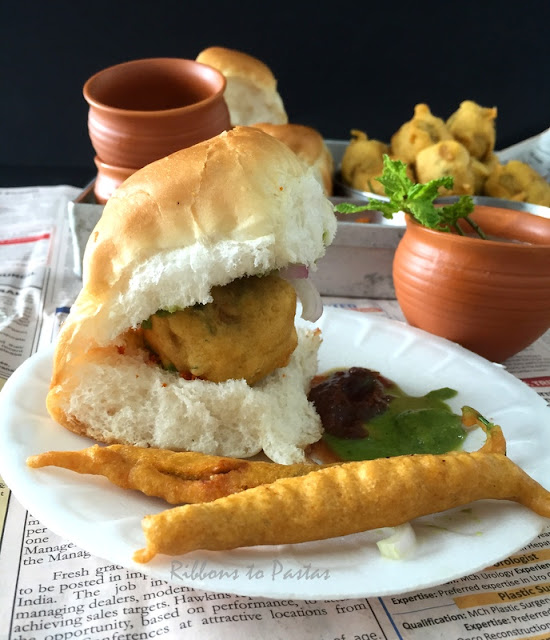 Slit the Pav from center.
Roast with a little butter, but only the top layer.
Spread garlic chutney on one side and green on the other.
Place the Vada, chopped onions and make the sandwich.

Chilly Pakoras
Slit the green chillies.
Fill in salt , dry mango powder and keep aside for 30 minutes.
Dip them in the batter and deep fry till golden. 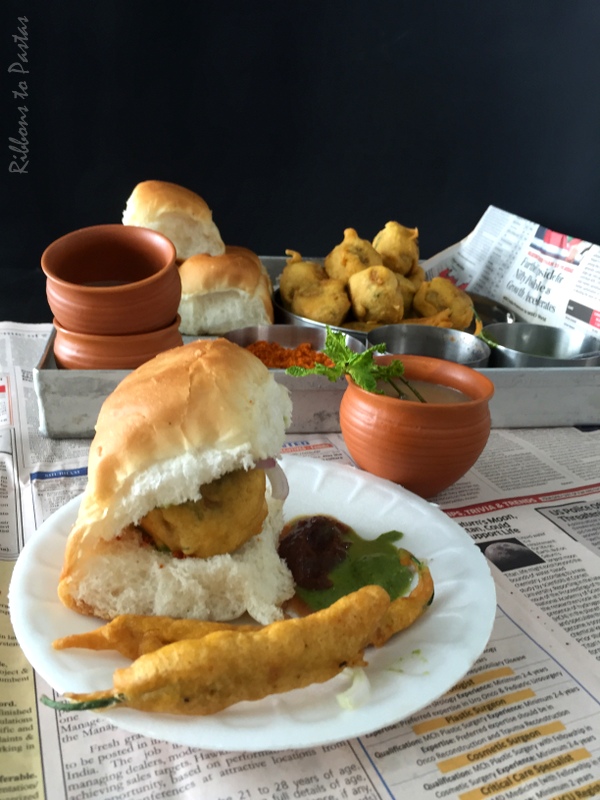 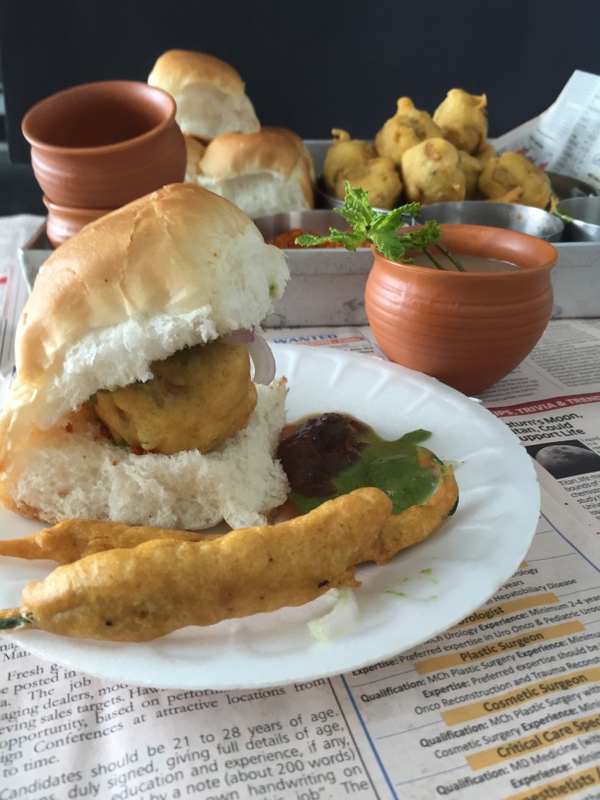